In America, there are freedoms that we just come to take for granted, because, you know, we’re so great and all. Like the inalienable right to name your kid the most idiotic name you can possibly think of (pretty much guaranteeing that he’ll be forcibly stuffed into a locker by 3rd grade, by some guys named Chet and Todd, then grow to be as cool as this guy).

Why do we do it? Primarily because we overcompensate for lacking creativity in things that matter, but also because actual celebrities see fit to name their kids things like:

and my personal (least) favorite….

But what about those lesser countries where they don’t love Freedom (the concept, not Ving Rhames’ son) like we do in America? What about those freedom-hating bastions like Sweden?

A Swedish couple is appealing a court ruling that “Q” is not an “appropriate” name for their baby boy.

They named the little tyke apparently after the inventor in the James Bond films, not the annoyingly omnipotent recurring guest star on several Star Trek series.

“There is now a child who answers to the name of Q. What does Sweden gain by forcing him to take on a new name?”

Maybe the right question is what this little boy has to gain from having such a quizzical name. After all, if

then what more do you need?

If they have a girl, and remain determined to assert her individuality for her, I recommend Moneypenny over, well, just about any of the names of Bond girls past.

In a story that even Ripley might not believe, a woman in Sondershausen, Germany has apparently divorced her husband for cleaning too much.

Reuters reports that the guy not only did chores, but tidied up and even – gasp! – rearranged the furniture.  He did get a little carried away, however, by actually knocking down and rebuilding a wall in their home when it got dirty (but hey, what’s a little OCD between frenemies?).

The good news is that neither former spouse should have a particularly hard time getting what they apparently want on the rebound – she a messier husband, and he a woman who appreciates his unusual peccadillo.

C-3PO: Sir, the possibility of successfully navigating an asteroid field is approximately 3,720 to 1.
Han Solo: Never tell me the odds.

And what if you want to know whether it’s worth it to get married at all? Modern Science has seen this to this too, with an online calculator to tell you the financial consequences of getting married (that is, if you make less than $40k a year).

Wish you could take this vital information with you when you’re out and about?  Well, of course there’s an IPhone app for that too.

For those who have no desire to get married, you may still get stuck going to weddings, and the inevitable gift expectations that follow. But how much should you give? Forget Dear Abby. Just visit the Wedding Gift Calculator from ihateweddings.com.

You’ve heard of the Nigerian 419 scams: Millions are sitting in a bank account for you because some poor sap met his end on a West African Highway, or the Nigerian government overpaid on a procurement contract, or because a Nigerian company can’t move the funds to an American bank without an American citizen, etc. All they need is a few thousand dollars for legal fees….

You’ve got to ask yourself: could cupid be far behind?

Nigerian college student Lawal Adekunle Nurudeen (a married father of three) is going to the Big House for pretending to be Benton Lawson, a 57-year old white, British engineer living in Lagos. “Benton’s” wife and only child had died on an African highway – very sad.

According to Reuters, Nurudeen convinced a lonely 56-year old Australian woman to send him $47,000 by convincing her that he, er, Benton, was madly in love with her:

The woman sent Nurudeen money for medical treatment and travel costs to visit her in Australia. He spent the funds on two plots of land and a Honda Prelude….

Whether the Prelude is now on its way to Sydney was unclear from the reports.

Reuters reports that a divorcing man in Sonnenberg, Germany apparently took his divorce settlement into his own hands when he chainsawed his summer house in half.  He then took his half of the home away on a forklift truck.

Not to be outdone, Cambodian Moeun Sarim sawed his rural primary residence in half and then he and his family carted the debris away to his parent’s house.  His wife, Vat Navy, added philosophically, “Very strange, but this is what my husband wanted.”

Now about the minivan….

You already give your friends birthday gifts, baby gifts, and wedding gifts.

Why not give divorce gifts, too? It’s likely, after all, that your divorcing friend will have roughly half the stuff that she or he used to have.  Not to mention, she or he may need a little humor / venting / revenge fantasy to pass the time. 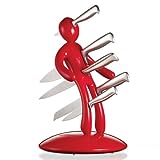 For those on a budget, there are a number of divorce t-shirts with varying levels of taste. We, of course, favor this one.

Another low-cost choice for those looking to unload some heavier baggage is this wonderfully concise tote bag from CafePress.com:

DISCLAIMER: We don’t endorse the quality of any of these products. We just think they’re funny.